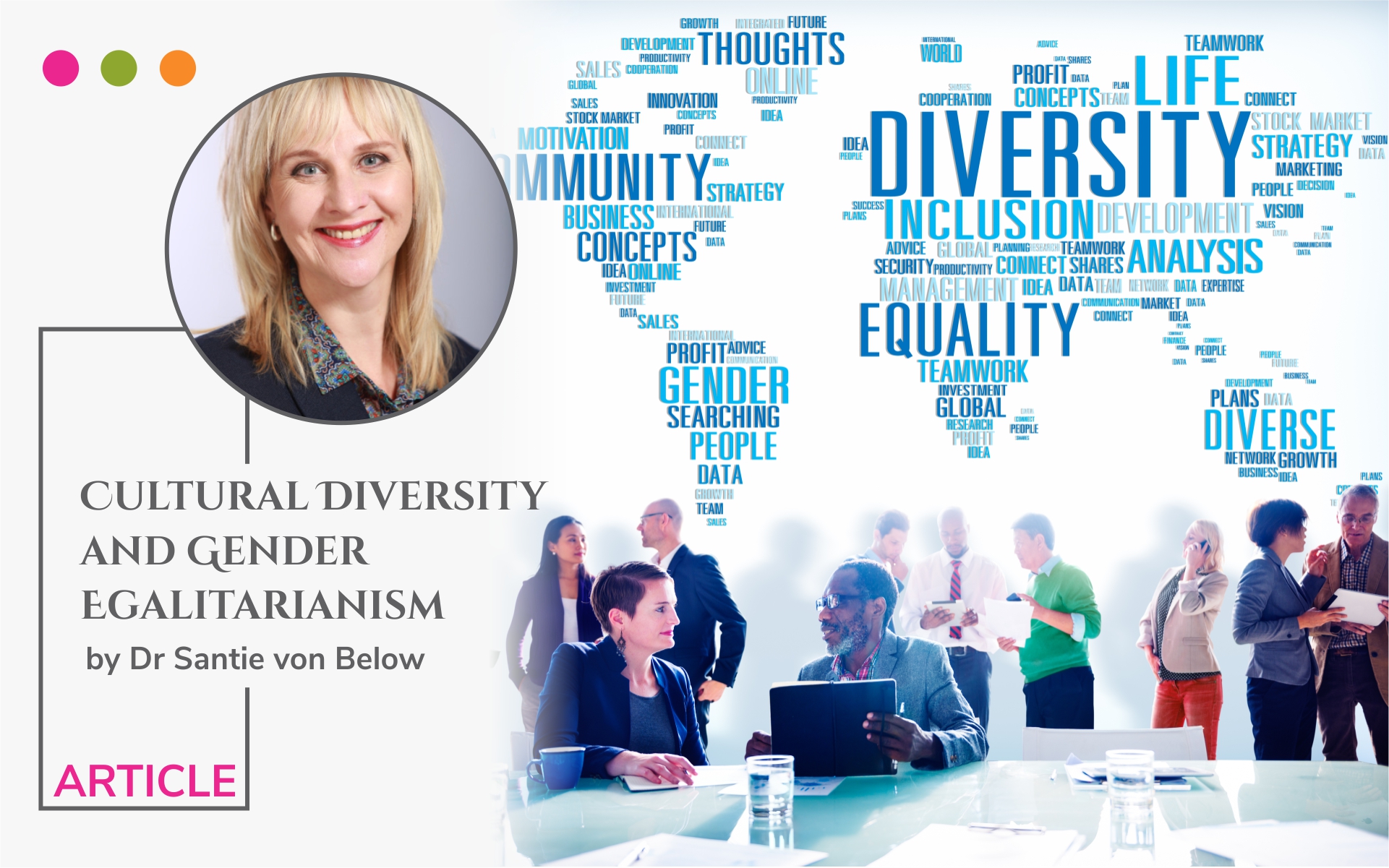 Cultural Diversity and Gender Egalitarianism; Cultural diversity is a reality for every leader in the 21st century. Global connectedness and multi-racial societies provide both opportunities and challenges for societal and organisational leaders. Knowledge on how to steer through these is imperative to leadership success, knowledge on cultures is empowering. The culturally-skilled leader will have a better understanding of societies and of the individuals in a team. A leader can make a positive impact when relationships based on sound values and norms are established in societies and in organisations. Therefore, leaders need to know that cultures or nationalities and organisations, differ on the importance that they attach to certain elements regarding culture.

The nine dimensions of culture

In the book, Leadership (2016), Peter Northouse noted that the GLOBE researchers described culture according to the following nine dimensions:

Social changes in the American society during the 1970’s resulted in gender becoming a defining factor for leadership. The quest for gender equality started. In July 2021, the search words “Gender inequality” delivered a Google result of about 109 million results and “gender inequality in South Africa”, more than 32 million results (July 2021). It seems that the quest is still on.

What is understood by the term “gender egalitarianism”?

According to the GLOBE study, Sweden is considered to be one of the world’s most gender-egalitarian countries as men and women are believed to share power and influence equally. The so-called “Swedish-model” provides extensive welfare support that makes a balance between work and family life easier. According to the International Monetary Fund (2003), this comes at the price of high levels of taxation and social security contributions by the working population.

Afghanistan women face the daily impact of the lowest ranking on the Gender Inequality Index as provided on the UNICEF website. In the context of the United Nations Human Development Report of 2020, factors such as the expected years of schooling, life expectancy at birth, gross national income per capita, poverty head count, employment to population ratio, the number of internet users, and the skilled labour force as a percentage of the population, make sense. South Africa ranks 114th on the Human Development Indicator of the United Nations Development Programme. Gender equalitarianism should be approached in the context of these realities. Similarly, industry or organisational data should be gathered before making assumptions or developing slogans and strategies.

What should leaders do?

Our role as leaders is to confront injustice and unrighteousness. Leaders should provide positive visions and to guide societies, communities, and organisational members on their way to better futures. Leaders are not called to power-play it over others but to nurture those in their realm of influence towards fulfilling their individual and collective potential.

The importance of teaching what is right cannot be underestimated in this regard. Yet it calls on those that are taught, to learn and to do what is right. These truth sayings apply to both men and women in the sense that humanity largely agrees that we should do unto others as we want to be done to us, no matter the gender.

Gender equalitarianism should be addressed in this holistic context by every societal and organisational leader. Every leader has a moral and an ethical responsibility to leave a positive legacy. Judged by the state that humanity finds itself in the 21st century, the quest is urgent.

Dr. Santie von Below is the Owner of Fundtech Consulting CC