Are you a Sandra? 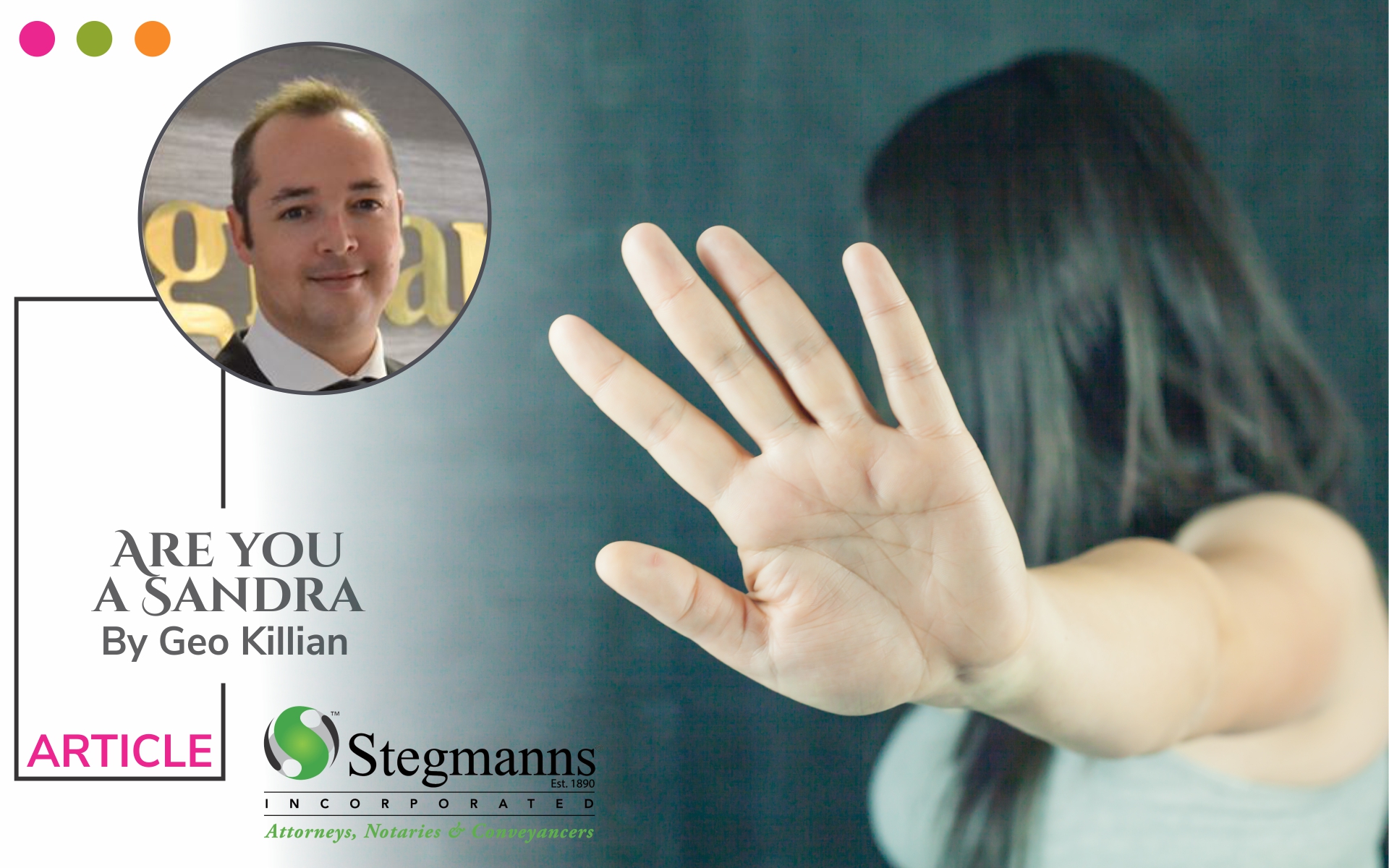 Gender Based Violence Laws Amendments: Are you a Sandra?

Gender Based Violence (GBV) is a term that society has become all too well accustomed if not desensitized to. Undoubtedly, women bear the greatest brunt and remain victims of this unconscionable phenomenon. The protection provided by the law is therefore imperative. In response to the burden faced by women, three Bills have been introduced to strengthen the prevailing laws around GBV.

What follows is a fictional illustration for a comprehensive understanding of the Bills introduced to strengthen GBV laws.

Sandra is a woman who has been married to Roger for 15 years. During the subsistence of the marriage the couple had one child, Tina, aged 10, and one child from Roger’s prior marriage, Fred, aged 18, who was also living with the couple. Roger’s mother was also living with the couple together with the two children in the same house. Since the age of 8, Tina had fallen victim to acts of sexual assault committed by her father, Roger.

Sandra had suspicions that such acts were being committed against Tina, however she never reported her suspicions to any police official. Sandra had also fallen victim to the hands of Roger, enduring numerous hits from his fists to her body on various occasions. In addition, Roger would emotionally degrade Sandra by using vulgar language directed towards her and place the blame on her for his outrageous actions. Fred, following his father’s example, would hit his grandmother whenever he was under the influence of alcohol.

The amendment will increase the reporting duty on persons who suspect a child to be a victim of a sexual offence. This implies that a person suspicious of the fact that a child is a victim of a sexual offence, must report such suspicion to the South African Police Services. Sandra will therefore be guilty of having committed a criminal offence since she had not reported her suspicion to a police official and will be liable to a fine or imprisonment not exceeding 5 years or both. If Sandra reported the suspicion and Roger had been convicted as a sexual offender, the particulars of Roger would have been added to the National Register for Sex Offenders and made available to the public in terms of the amendment of the first Bill.

The definition of domestic violence is extended to include victims of assault in various forms of relationships. Older persons will also be extended protection under the Bill against abuse by family members. The physical abuse suffered by Sandra at the hand of Roger is therefore included within the ambit of the definition of domestic violence, to be amended, in terms of the Domestic Violence Act and Sandra will be afforded protection in terms thereof. Fred’s grandmother will also be afforded protection in terms of the amendment to the Domestic Violence Act as she suffered abuse at the hand of Fred, a family member, who is much younger than her.

The amendment is in response to the widespread perception that offenders are being granted bail easily and that minimum sentences are being served by perpetrators which is not equivalent to the seriousness of the crime. The Bill will ensure that the granting of bail will be made more difficult as it will only be granted under exceptional circumstances. In terms of the illustration provided above, should Roger and Tim be convicted of the respective crimes as set out above and sentenced, bail would only be granted to them respectively under exceptional circumstances.

Are you a Sandra, or do you know of someone who is? If so, then rest assured that the law, as to be amended, is there to protect the vulnerable in cases of GBV. There is still room for improvement in closing the gap between what the law says and members of society abiding thereto. However, the amendments to the laws of GBV is a great step towards the protection of women in South Africa who are at the receiving end of undeserved injustices one too many times.

Contact Geo Killian at Stegmanns Inc if you need any assistance