“16 Days of no violence against women and children should not be the only time we focus on this social ill.  We should be aware of this pandemic in South Africa all the time.” says Zoliswa from Child Welfare Tshwane

The Tshwane Metropolitan Municipality reflects a densely populated city center and informal settlements are consistently developing on the outskirts of the city. Life in general is hard in the informal settlements. The growing unemployment rate (which was 29.1% in 2019) creates a breeding ground for social ills such as child malnutrition, child neglect, abuse, abandonment, a lack of development and gender-based violence. Child Welfare Tshwane noticed an increase in domestic violence. Especially when the national lockdown was enforced in South Africa due to COVID-19. The pressure on this poverty ridden informal settlements increased tremendously and this has caused the unemployment rate rise to even further. 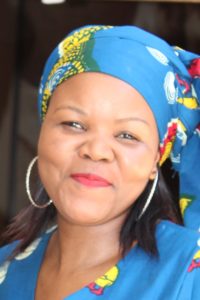 According to Zoliswa Magwentshu, Social Work Manager: Income Generation at Child Welfare Tshwane: “People often turn to substance abuse (including alcohol and drugs), during stressed and difficult times, which adds to violent behaviour. Often, men run away, abandoning their families and children. It is not uncommon for a man to leave a woman once she becomes pregnant, leaving the child to grow up without ever having known or met his/her father”. Research conducted by the Human Sciences Research Council (HSRC) and the South African Race Relations Institute (SARRI) over a period of 5 years showed that 60% of SA children have absent fathers. A large percent of South African mothers are single parents, putting massive pressure on these women to provide. This pressure can make them vulnerable to violence and abuse.

Zoliswa told SACBW that, according to the Minister of Police,  the extent of the problem is indicated in the crime statistics published in 2018/19: 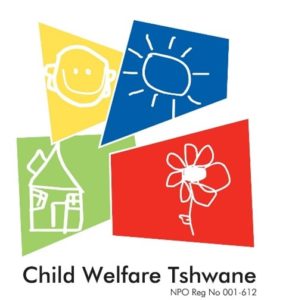 During 2020, Child Welfare Tshwane Family Preservation unit in Atteridgeville embarked on a Girl-Child project which focusses on preventative intervention for women and girls, child abuse and cases of violence. They are looking to expand this programme to include the boy-child as well.

“We seek to educate women and girls regarding gender-based violence and how to protect themselves and their children. We educate women and girls on life skills and women empowerment, (like how to become financially independent), and importantly, to educate boys and young men who may never have had a proper example of how a man should act in society. Furthering community awareness and availability of easy reporting options. We focus on women and girls from ages 10 – 24, teaching them to understand the signs and environment of an abusive male. It is important that they clearly understand their human rights, and be educated on how to deal and act if they hear about, or find themselves, in such an abusive situation” says Zoliswa.

She believes that with increased community alertness and the right information and education, the wave of violence against women and children can be stopped.

Child Welfare Tshwane (CWT) is a registered child protection organisation, operating in the broader Tshwane municipal area in the Gauteng Province. CWT focus is on family preservation and working on social-ills and imbalances. The organisation offers services in Adoption, Risk Assessment, Family Preservation and runs the Bramley Child and Youth Care Centre. Their mission is to ensure safety to all children suffering from malnutrition, neglect, abuse, orphanhood, abandonment, a lack of development and gender-based violence or any form of deliberate harm.

In the 102 year history of Child Welfare Tshwane, they assist an average of 40 000 beneficiaries per year.

If you are aware of  or suspect a woman or child in your community is begin abused, or if you yourself are a victim of an abuser, please contact Child Welfare Tshwane’s Risk Assessment office at 079 069 9014.